What is the reality for asset management and fund distribution firms? 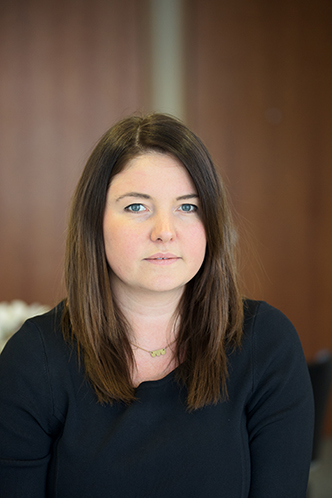 A couple of years ago blockchain was tipped to disrupt vast chunks of the financial intermediation industry. Now conventional wisdom would tell you this technology will struggle to emerge from its niche. What is the reality for asset management and fund distribution firms?

Some see blockchain being at a similar stage to the internet in 1995: a transformative technology about to capture the world. Others think the technology is facing its early 2000s dotcom crash. Olivia Vinden, Principal with asset and wealth management consultancy Alpha FMC, sought to bring some clarity to this debate when she spoke to Luxembourg industry players on 10th October.

The excess of hype is probably a function of a lack of knowledge. No fewer than 70% of respondents to a recent Alpha FMC survey agreed that they didn’t have proper understanding of Blockchain. Although describing herself as a “blockchain cynic”, Ms Vinden said: “it has great potential, even if I don’t think it will solve every issue.”

She began by describing some of the basic concepts around the technology. “When I share an Instagram photo with five friends, that actually creates five new photos. But with blockchain, when an asset is sent from one counterparty to another it cannot be replicated,” she explained. There is one record of truth that everyone trusts, opening the possibility of an end to reconciliation.

Bitcoin is both useful and a hindrance to understanding blockchain. Many news stories about crypto-currency feature tales of online crime, adding to an atmosphere of off-putting mystique. Yet the overwhelming majority of bitcoin use is legal, and its long term operation demonstrates that the technology works well. It prevents “double-spending”: that is when a payment is made, it can no longer be used by the original owner. The technology is secure, and hacking is not even theoretically possible. Even if some bitcoin “wallets” have been hacked and money stolen, the bitcoin protocol and the blockchain itself have never been broken into.

Blockchain comes in different forms. Bitcoin is a public blockchain that anyone can view, and there is no governing authority. Private blockchains, on the other hand, have approved membership, making them more useful for most financial services uses. Bitcoin is also a permissionless system, but permissioned blockchains assign different roles to different users: asset buyers, regulators, custodians etc. Then there are the proofs which demonstrate that all users’ records are the same.

Different protocols are created for different uses. Bitcoin was the first, Hyperledger is open source run by the Linux foundation, Monero is focused on currency and confidentiality, and Ethereum is also widely used. Of greatest interest to the audience, though, is R3 Corda, an open source protocol designed by and for banks and financial services institutions.

Much is made of “smart contracts”: pieces of executable code that are triggered automatically when an event takes place. For example, an OTC security may pay out on a weather event. There are potential uses too for income payments, corporate actions, change of assets, and so on.

So what is happening on the ground? There are thousands of blockchain projects and consortiums, many with proofs of concept. Advances are being made, but none are yet in mass production. For example, UBS is working to on cross-border settlement system. Northern Trust are developing a private equity transactions documentation system. FundsDLT in Luxembourg has executed its first fund share transaction via a blockchain.

“However, for all the promise, this is much harder than the internet in 1995,” Ms Vinden cautioned. The bitcoin blockchain is the biggest in the world but is still relatively slow, she said, but added that the biggest challenge will be to getting regulators on board. She had praise for the Luxembourg regulator being open to the new technology, but said this was a rarity. Creating a network effect will also be important, and here she thinks utilities have a role as trusted, independent partners.