Not just another G: what 5G means for ALL businesses 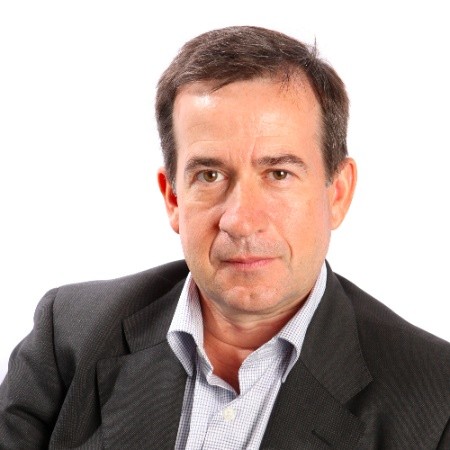 2019 has so far been the year of 5G. From 5G enabled folding phones, to surgery conducted on a patient miles away by doctors at Mobile World Congress, early super-fast network rollouts in the US, to the tactile internet and the Internet of Things, and, of course, robots – it seems there isn’t a conversation that doesn’t have a 5G angle to it.

For telecoms operators or communication service providers (CSPs), it’s a time bursting with opportunity – from upgrading capacity to delivering new services, content and interactions in ways previously simply not possible. Using 5G to enable the Internet of Things (IoT) and edge computing, they now have an amazing opportunity that was unimaginable just a couple of years ago.

But it means 5G is at a massive inflection point.  Planning decisions made today will have far reaching financial and operational ramifications for CSPs, from being able to beat competitors to market with new value-added services, to significantly improving the performance and operational efficiencies of their networks.

Yet to think of it as only a telecoms opportunity is to miss the point. Any organisation in any sector that uses networks (in short, everyone) should be planning for the 5G rollout and thinking about how they can use it to achieve their business goals.

It doesn’t matter if they’re operating in retail, logistics, in a city, in a rural environment, in the public or private sector; 5G promises huge opportunities to deliver new services and applications, increase automation and the possibilities this brings, to aiding businesses to engage with customers in ways never previously imagined.

That’s not to say that it’s all plain sailing – as Åsa Tamsons, the head of new businesses at Ericsson, said in an interview with CNN, many still view 5G as just “another network.” It’s an attitude which could make it harder initially for some organisations to make the case for the up-front investment required. Enterprises will need to work to convince both internal and external stakeholders that the costs are justified.

One network, a world of opportunity

So, to answer the question, how is it not just another G? Put simply, 5G delivers much faster speeds, far lower latency and significantly higher density than 4G.

If we want to realise the potential of the likes of Internet of Things-enabled services, robotics, autonomous vehicles, smarter cities and utility services and break throughs in telemedicine, then each of these elements need to be in play. What, however, do they actually mean?

Speed is relatively straight forward. The 5G example often used is being able to download a high definition film in ten seconds, compared to at best about twenty minutes currently (depending on local broadband services).

Latency is slightly different, reflecting the time required for data to travel between two points. We are in fact talking less than a millisecond delay, which becomes significant for surgery, for example, and combined with speed is also a factor for many gamers who might want to pay for this type of fast, low latency service.

Density becomes significant with the sheer number of devices connected to a network at any one time. We are already in a world where there are more than 23 billion connected devices and growing, with greater mobility and IoT use cases. We’ve all been in situations where speeds drop dramatically as everyone logs in, and as we become increasingly connected, we need networks that can cater for significantly more devices than ever before.

In each of these instances, 5G has the potential to dramatically improve on the performance of existing 4G networks. This can then be used to deliver new services and applications, exactly the level of connectivity the digital world requires.

It could be a hospital serving an area several hundred miles square. As we saw at MWC, a surgeon might use a high performance, high reliability 5G network to perform critical surgery via robotics on a patient in a clinic elsewhere. 5G introduces a concept called network slicing A network slice has technical characteristics important for delivering a particular services. In this case, a network slice could be used to deliver a service with low latency to ensure that actions are taken in real time and without delay, high throughput to ensure quality high-definition images and sound for the surgeon, and high reliability to ensure the service is available for the duration of the operation and that performance is not impacted by other mobile users.

Or take retail. Augmented and virtual realities have long been touted as a way to arrest some of the challenges the sector faces – with 5G’s low latency, they can become mainstream offerings, rather than niche innovations, by easily allowing customers to view purchases in local environments or on themselves.

We’ve all heard seemingly fanciable ideas of deliveries by drones, conjuring images of swarms of pilotless objects floating around. With 5G it becomes much more than just an unnerving vision. With high density, networks will be able to support huge numbers of aerial vehicles while enabling remote operators to coordinate movements and avoid collisions along the way. The knock-on benefits would mean less congestion, particularly in urban areas, as well as reaching far-flung locations previously lacking the infrastructure to support all deliveries.

To deliver all this is going to require a significant amount of investment in network infrastructure. For CSPs, it is a major undertaking, which is why it is likely that rather than a pure 5G network, the majority of people will see a blended approach, where 4G is available to deliver basic services, and 5G introduced for specific tasks. It is therefore critical to have what’s known as the telco cloud. This is software-defined technology that supports both current 4G and lays the ground work for 5G, something much prized by operators like Vodafone. “The ability to be flexible and agile as we continue to automate our network operations and management could only be achieved through a software-defined infrastructure,” said Johan Wibergh, the group’s chief technology officer. “We have been pleased with the accelerated time-to-market and associated economic benefits of our transition to NFV and, increasingly, a telco cloud infrastructure.”

With 5G, enterprises can access the levels and speeds of connectivity they need to take advantage of the game changing technologies such as IoT, edge computing and AI that are going to shape the next stage of the digital revolution. Combined with this software-defined infrastructure, more in tune with its specifications and aspirations, 5G has the power to transform the operations and business models of established organisations beyond all recognition.

We haven’t even begun to realise what the possibilities of 5G are yet. So much needs to happen before we see full adoption, yet enterprises must start thinking now about how they can harness the power of these new networks for their own competitiveness. Simply thinking about it as another G risks not being prepared when it does come along and missing out on the huge opportunities available.

5G is the network and foundation which makes the promises of many other new technologies a reality – any organisation that fails to capitalise on that will struggle to survive in the digital world.