Innovation is about new ways of value creation

Guest of choice for our next Gala Golden-I 2015, Paul Louis Iske is a professor at the University of Masstricht. As a specialist of Open Innovation and Business Venturing, who is also director of the ABN AMRO incubator, he explains how innovation can create values. 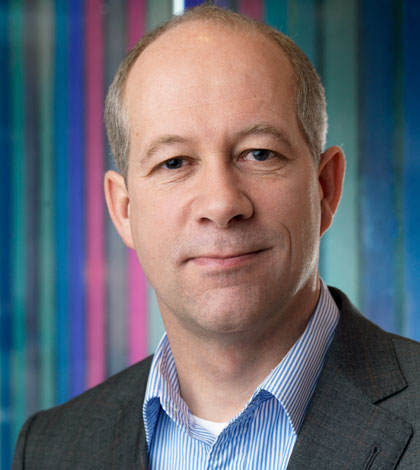 Guest of choice for our next Gala Golden-I 2015, Paul Louis Iske is a professor at the University of Masstricht. As a specialist of Open Innovation and Business Venturing, who is also director of the ABN AMRO incubator, he explains how innovation can create values.

During his speech, Paul Louis Iske has declare that bank have to begin new generation banks and not anymore ‘zombie banks’ (that means they are dead but they don’t know it). To be innovative and disruptive, the have to think differently, to collaborate and communicate. Sometimes, the secret is just to share to have a global view. Fail just means First Attempt in Learning and maybe we could have an award to celebrate the best fail. The idea to keep in mind it’s : NT+OO=EOO (New Technology plus an Old Organisation gives an Expensive Old Organisation).

Mr Iske, how do you define innovation ?

Innovation for me is about new ways of value creation. Formally, I phrase it like: innovation is a process by which value is created by applying knowledge in combination with a context that wasn’t done before. Keywords are: process, value and combination. It does not necessarily require new knowledge, it can also be a new way of applying it. False innovation is a new development that does not create value. Not everything that is new, qualifies as innovation!

Who is the person who has to be in charge of innovation? CMO, CIO, CEO, government, enterprises, start-ups ?

My view is that you cannot enforce innovation, but you can create an environment in which innovation can happen. An environment is the combination of a process/organisation space (relates to agreements, incentives, organisation structure, etc.), a social/cultural space (which relates to behaviour, norms, values), a digital/virtual space (internet, systems, social media, mobile infrastructure, etc.) and a physical/real component (buildings, offices, nature, …). Somebody or an organisation that feels responsible for innovation should be involved in creating the right environment and that can be anyone who has the tools, influence, position to do just that.

What is the role of the CIO in changing their work and the customer experience?

The CIO is the one who is in charge/can influence the digital/virtual environment, but has also quite some influence on the process/organisation. He or she better also has a vision on the other spaces and knows how to connect these, otherwise you might end up with a famous equation: NT+OO=EOO (New Technology plus an Old Organisation gives an Expensive Old Organisation).

What is the key for success to be innovative on the side of enterprise and of government ?

I believe in the quadruple helix: Companies, Research Institutes, Finance Partners and Government. You see this working in quite some innovative ecosystems, like Campus environments. Interesting examples can be found throughout the world, including well-known examples such as Silicon Valley. But also in countries like the Netherlands you see interesting environments, such as the Brightlands Campusses in the south (Limburg) where a lot of innovative entrepreneurship can be found around a couple of themes, including Materials (Chemelot in the city of Geleen), Health & Life Sciences (Maastricht) and Smart Services (Heerlen). Here there is a strong cooperation between the different parties in the helix and we see also cross-overs between the different campus communities!

What are advantages of having incubators in a country ?

Incubators are important to attract and develop entrepreneurial talent and to avoid leakage of good ideas to others countries. Having said this, I firmly believe that we should not over emphasize the importance of start-ups compared to those enterprises who are in the next stage(s) of their corporate development. We sometimes refer to the three phases: PoC (Proof of Concept), PoB (Proof of Business) and PoS (Proof of Success). A study is currently carried out to describe these phases in more detail, where we look at aspects like product maturity, client base, corporate governance, financial structure and team competences. The work of an incubator is extremely important, but there will be no value when the resulting companies/projects are not able to survive the following stages where the value has to be created.

In your experience, what can we do or say to convince big companies and historical bank in luxembourg that they have to be disruptive to be competitive ?

Nobody can deny that things are fundamentally changing. We are dealing with a ‘perfect storm’, meaning that we see fundamental and rapid changes in technology, economy and society at the same time. Keywords are agility and resilience, which means that organisations (as well as individuals) have to be close to the developments, they need the skills and resources to act, react and pro-act and they must be able to deal with tough competition. This is not the way banks have traditionally been operating and so they have to re-invent themselves. It is time for Next Generation Banking. As Bill Gates already said: we need banking, but we don’t need banks. That is the reality that banks are facing and that’s why they have to change to avoid becoming obsolete.

If you have questions during his speech don’t hesitate to use #goldeni2015 on our TweetWall during all the Gala.