Divining the Data Center: What’s to Come for Cloud-Native in 2017 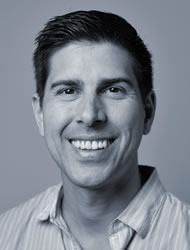 VMware first introduced our cloud-native applications initiative in 2015, with the launch of vSphere Integrated Containers (VIC) and Photon Platform, and since then, the buzz around this emerging model of application development has only grown.

No doubt about it, 2016 was the year of the container. With new open source projects launched by major players across the board (including VMware, which launched vSphere Integrated Containers as an open source project), the momentum behind containerized, cloud-native infrastructure is undeniable.

What does 2017 have in store, then? Here are five things we expect to see.

#1: Kubernetes will break away from the pack of container schedulers

In 2016, a three-horse race emerged in the container scheduler space between Docker Swarm, Kubernetes and Mesos. We predict that Kubernetes will take the lead in 2017. At VMware, we’re already starting to see increased interest in Kubernetes from users, vendors and the open source community, and at VMworld EMEA this year, we introduced Kubernetes as a Service on our Photon Platform. Next year, we’ll see Kubernetes continue to break away from the pack with more users and production deployments and many new features that will increase its appeal to an ever-widening audience.

#2: Containers will increasingly use virtualization technologies

Today’s containers rely on technologies built into the Linux kernel – including control groups and namespaces – to isolate containers from each other on the host machine. But a number of companies are already experimenting with using lightweight operating systems and the virtualization features baked into modern CPUs to transparently start a lightweight VM for each container that’s launched. This approach could potentially increase isolation and security for containers without adding any additional overhead, and we predict you’ll hear big noise around the idea in the coming year.

#3: Container persistence technologies will mature and start seeing production use

#4: The number of container security solutions will explode

Security is top of mind for most container users – it rates high in survey after survey. It should, as the security issues around containers are wide-ranging. Container images may include old versions of libraries with security vulnerabilities. Linux containers share a kernel and thus expose a porous security boundary. And container networking security is still in its infancy. But there is a light at the end of the tunnel; as we start to see more and more production use of containers, companies will increasingly demand security solutions to ensure their critical applications and data and not unduly exposed. A great many companies are working on ways to address this demand – including VMware with NSX – and you can expect to see some exciting new solutions emerge in the next 12 months.

#5: Pivotal Cloud Foundry will get the credit it deserves

Container technologies have stolen the spotlight over the last several years. Meanwhile, the Pivotal Cloud Foundry (PCF) open source cloud-native application platform has been silently building up a large customer base of loyal cloud-native developers and operators. The company’s run rate crossed the $200 million mark this year, indicating strong and continued growth across industries. Pivotal’s Spring Boot framework has been growing at an astronomical rate, exceeding 2.5 million monthly downloads, fueling interest in PCF as the production runtime. Next year will finally be PCF’s time to shine.