5 bad excuses for women not to work in IT

On International Women’s Day, it is good to remind ourselves that certain clichés and prejudices are extremely persistent, especially where gender is concerned. Here are five excuses women tend to make for not working in IT - and how to refute them! 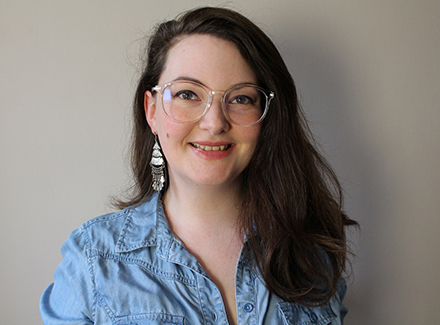 “IT is for geeks”

There’s this common belief that IT teams are made up of a bunch of geeks, and not the cool kind either: white males in their twenties to early thirties, wearing Star Wars t-shirts and talking Klingon, socially awkward and sharing private jokes only other geeks can get.

In real life, as it turns out, these so-called geeks rarely correspond to the many clichés spouted by a certain highly popular TV show. They can be mature women of colour just as easily as young white men. And they actually come from every possible background in life. But more importantly, the IT world is not populated entirely and exclusively by geeks, of course.

To a certain degree you have to be a geek, though. In the sense that you have to be passionate about IT in order to keep up with the fast-moving trends in our industry and to educate yourself continuously. But you’re not required to know all the internet memes, be a die-hard gamer or know every obscure Japanese animation show ever made to fit in with the IT crowd.

“I don’t want to be a developer”

Unfortunately, IT job profiles are not so well known outside of the industry. But the fact is that you don’t necessarily have to be a developer to find a fitting job in IT. Delivering IT solutions requires many different skills and competencies, from selling, analysing and designing to coding, configuring and securing. And just like any other company, an IT company also needs commercial staff to sell and promote its solutions and handle its customer relations. Just as it needs creative people to imagine those solutions in the first place, provide the design ideas and make the applications look attractive and user-friendly. And let’s not forget the marketers who deal with communications and the company image.

Don’t get me wrong, though: as a developer, I strongly recommend women to invest themselves in the tech side of IT as well and not just leave that solely to the men. For IT development is a whole new world that has a lot to offer. I also get, however, that not everybody wants to deep-dive into the code as I do. But that really shouldn’t stop anyone from working in this fascinating field of business.

First, let’s consider the biased assumption that women by their very nature do not really excel at maths. More and more studies agree that this underperformance only starts to appear when girls become aware of the fact that people generally expect them to be better at soft or social sciences and the so-called humanities, whereas boys are expected to be better at hard sciences and mathematics. And as girls become less confident, they get what’s called maths anxiety, which leads to lower results, which leads to more maths anxiety, and so on. When it comes down to reality, however, if you’re a woman and you want to learn mathematics, you just have the same abilities as any other person in the same conditions as yours, whatever their gender.

On the other hand, let’s face it: learning mathematics at school, without an actual purpose to it, can get rather boring indeed. I remember having to learn about derivatives or integrals, for instance, without ever understanding what the goal was or how that knowledge would serve me. Having taken up IT studies years later, I again had some maths classes (no derivatives nor integrals: yay!). But this time I knew exactly why I was in them and how they would serve me. It made a huge difference.

Amazingly, you don’t need all that much maths knowledge in IT anyhow, not even as a developer. Mathematics is used to make algorithms, but a lot of algorithms have already been invented and are ready for (re)use. Even artificial intelligence uses quite simple maths and statistics (where, again, all formulas already exist and can be readily implemented). Last but not least, a recent study came to the conclusion that coding might actually be a lot closer to a translation skill than to a maths skill!

“I don’t have a degree in computer science”

Even though some companies still demand a degree in IT, the shift to a different educational model has clearly started. More and more IT firms understand the need to open up their applications to people without a specific degree. If only because certain profiles, such as developers and data scientists, are simply too rare to ignore potentially good candidates just because of a lack of degree.

Of course, having a degree is always a plus. And getting advanced knowledge through a bachelor’s or master’s degree remains a definite asset. But it is no longer an absolute must for working in IT, not even as a developer. And even if you are studying computer science, you shouldn’t really wait until you graduate to apply for a job. For in the end, the up-to-date knowhow and work-ready skills and competencies you acquire through real-life practice in the field are way more useful and valuable to your employer than anything you could possibly learn in school.

“Women don’t make it in IT, only men succeed”

A clear and continuing lack of female role models is the main reason why women can’t picture themselves as having a career in IT. But the fact that women remain underrepresented in IT doesn’t mean they can’t and don’t make it in our industry today.

To boost our confidence, I suggest we surround ourselves as much as possible with female role models who are active in our field(s) of interest (here’s just one example, relating to myself). Let’s look them up on the internet, follow them on social media and join their social networks. And above all: let us be the change we want to see in others. Let us become those very women who build a successful career in IT, so other girls and women can in turn be inspired by us!

The project involves deploying and provisioning NTT’s private 5G to build the most extensive private network in the United States.