Part 4/5: Next generation data centres for winners – The Starting Point

How does one get started down the path toward a next-generation data centre? The same way any journey begins… with a single step. Of course, it’s critical to have some idea where you’re headed, a model for development of the data centre, but it’s also worth noting that change can happen incrementally, and that positive things can actually happen with relative speed. This article offers thoughts on how to begin the journey. 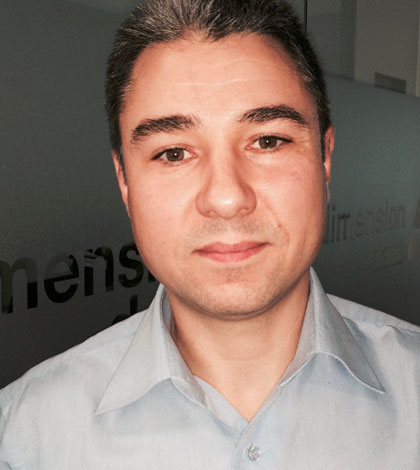 How does one get started down the path toward a next-generation data centre? The same way any journey begins… with a single step. Of course, it’s critical to have some idea where you’re headed, a model for development of the data centre, but it’s also worth noting that change can happen incrementally, and that positive things can actually happen with relative speed. This article offers thoughts on how to begin the journey.

The data centre exists to serve the organisation — its employees and customers. What it’s made of, how it’s designed, all of the details of interest to the IT team are certainly vital to its ability to achieve its purpose, but they are not the purpose.
That’s why the early stages of a data centre journey need to focus on aligning with the needs of the business. More important than the technology itself is where your organisation wants to go with it, where it will take the business, what problems you’re trying to solve.
One of the great things about the next-generation data centre is its ability to put the focus back on these matters that are most vital to the business, and help the IT team connect more closely with the rest of the business. Because elements of tomorrow’s data centre involve outside providers, it’s possible to tap into the accompanying outside expertise in ways that free up IT to make those connections.

Because the next-generation data centre relies more heavily on a consumption model, it’s a whole lot easier to take those first steps down the road. Get an outside partner to help plan a transition and set up a matrix of small, digestible efforts that can yield early successes.
It’s important to think small at first, because otherwise you’re likely to get bogged down in tasks that seem overwhelming. For example, take a look at what new capability you’d like to dive into, and start there, rather than trying to first go back and update something old and complicated. Build something new first, then consider transitioning what’s already there.

IT, like many other parts of the business environment, tends to think big — carefully planning major developments, looking a long time before leaping. That’s not inherently bad, but it’s a mindset that can put the brakes on progress in some aspects of software
development.
As elements of the data centre move toward cloud services and cloud-based tools, that can pave the way for a move from the waterfall development model to the agile approach. Rather than a sequential approach from concept and design through testing and production, the agile approach emphasises early delivery and continuous improvement.
The agile approach encourages healthy risk taking through smaller, incremental changes. What works well can be built upon, while what doesn’t work is not a big loss. Just one more benefit of moving in the direction of the cloud.

A next-generation data centre can simultaneously deliver powerful new capabilities, achieve cost savings, and make life easier for end users and IT staffers alike. But getting there isn’t exactly simple. It’s best to get some guidance, and involving outside expertise makes sense anyway, because the ultimate solution is likely to involve services provided by others.
An ideal data centre development approach involves consulting assistance to walk through a series of detailed assessments. You’re essentially creating a roadmap that begins with a strategic assessment of the current data centre infrastructure, gaining an understanding
of the present environment, and gauging future needs.
Inputs into the development model include assessments of enterprise mobility and next-generation desktop technologies that users will employ to gain access. Also plugged in are considerations of the applications you’ll be using and the workloads the data centre will handle.
The development model moves forward into assessments of data centre architecture and service architecture, to begin to paint a picture of what should happen where. An exploration of facilities includes the storage, computing, security, and network platforms, with an eye toward virtualisation wherever it makes sense.
Alongside that is the consideration of cloud services that will handle some of the storage and workloads. Vitally important is the evaluation of the connections — the Internet and enterprise network that link all of the pieces. And underpinning it all is a focus on the security architecture that ensures the safe functioning of all parts of the data centre.