Guest Speaker for Golden-i 2015, Robert Madelin is the Director-General responsible for the Digital Agenda for Europe. He has served in the Commission since 1993: in his current post since 2010; as Director General for Health and Consumer Policies from 2004 to 2010; on trade and investment policy before that. 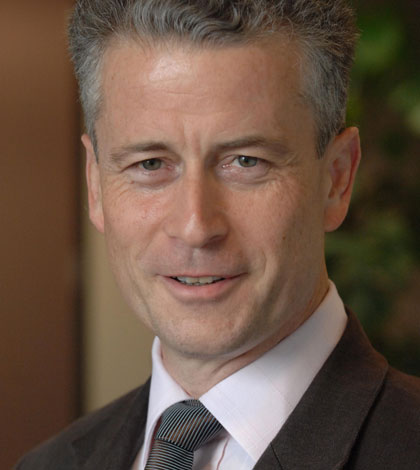 Guest Speaker for Golden-i 2015, Robert Madelin is the Director-General responsible for the Digital Agenda for Europe. He has served in the Commission since 1993: in his current post since 2010; as Director General for Health and Consumer Policies from 2004 to 2010; on trade and investment policy before that.

During Golden-i, Robert Madelin explains that high connectivity it’s not only in the Luxembourgish agenda but also for Europe. It’s not only a infrastructure deal but e-skills too. All begin with competences and we have to know the needs. To face this issue, Europe have to work together.

– Luxembourg has a real ICT strategy since last year with the new government. Do you think it’s a good advantage for the development to have the government involve?
Absolutely! Across Europe, public-private partnership underpins the most successful IT-driven innovation strategies.

– What is the others asset to speed up the ICT development?
High-speed access and digital skills for all.

– Xavier Bettel, Prime Minister himself is really engaged and creates working groups to think about the strategy. Do you think that all ministries have to be engaged to ICT?
Having the PM as the leader of a holistic digital strategy is a huge asset. Because every other part of government, the economy and society also needs to be involved.

– What about the Europe’s ICT strategy? Do you think all countries can do real progress until 2020?
There has been a lot of progress since 2010. We certainly need to build on that in every Member State. The Digital Single Market strategy aims to help every part of Europe rise to the 21st century digital challenge.

– What do you think about a European Internet? In which domains countries have to collaborate?
The internet is a huge global asset. Europe has joined its free world partners since the inception of the Internet to keep it open and seamless. Local exceptionalism would be a mistake. However, we do need and are building Europe’s own rules on keeping our infrastructure secure, keeping our personal data under our personal control, winning at least our own share of the global innovation cake. Europe, as always, will be a winner in an open, global market-place.

– What will be the next ICT challenges? What will be the best strategy to face them?
The next big things are captured in our flagship cross-EU research endeavours. Big Data, the Internet of Things, Graphene, Human Brain simulations, Exascale computing…. The list is limited only by the laws of physics and by Europe’s levels of courage and self-confidence.

If you have questions during his speech don’t hesitate to use #goldeni2015 on our TweetWall during all the Gala.