Help Consumers and Businesses with IoT and Software-Defined Data Centers

From to Back - How The Internet of Things and Software-Defined Data Centers Help Consumers and Businesses. 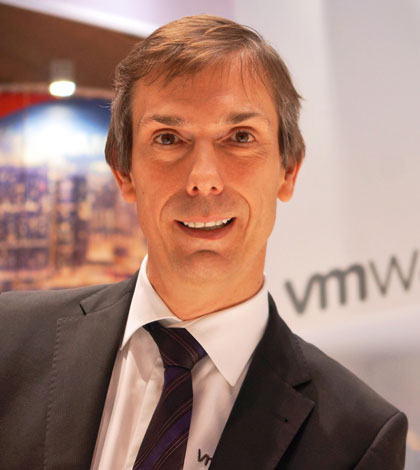 From to Back – How The Internet of Things and Software-Defined Data Centers Help Consumers and Businesses.

Sitting at Gartner’s peak of inflated expectation, there can be no denying that the Internet of Things (IoT) has finally become a vibrant part of the business and IT landscape, something that carries huge potential for many. This part of the story is nothing new however and is something that many have already understood and embraced. What is not so often discussed, is the synergistic values that the IoT holds, when combined with the Software-Defined Data Center.

Both the IoT and the Software-Defined Data Center cover different ends of the IT spectrum. The former is of course front end, user facing, and adds connectivity to an end point. Whereas the latter is back-end, covering all layers of the stack from storage and computing to networking. Individually, each is capable of unlocking genuine business value. But combine the two, and the potential results for businesses are even greater.

Businesses are finally paying attention to the benefits

For some time now, the IoT has captured the imagination of consumers from wearable devices to home automation devices. Yet its rise up the Gartner Hype Cycle is confirmation that businesses are finally sitting up and paying attention to the benefits that can be garnered. By their very nature, connected IoT devices feed tremendous amounts of data back into a larger network of IT resources in the form of the Software-Defined Data Center or cloud.

For businesses, the results of this are largely twofold. Not only does it open the opportunity to re-connect and maintain relationships with consumers, but also to use data in order to improve business processes and make more informed and faster decisions. When combined with the Software-Defined Data Center, new insights can be unveiled, all based on the capture and analysis of data that wasn’t previously available. This all helps to explain why the IoT market is set to grow to £4.5tn by 2020, up from £1.2tn in 2013, according to IDC.

In fact, the potential scale of this market is mesmerising. In an insightful TED talk back in 2012, Dr John Barrett of the Cork Institute of Technology announced that each and every one of us could be connected to 3,000 – 5,000 everyday things by 2032. This will range from wearable gadgets like fitness trackers and smartwatches, to even previously passive objects like street lights and pet food bowls. We are yet to learn just how accurate predictions like this really are, but one of the fundamental shifts in computing inputs that we can expect to see, should they come true, will be when machine to machine data starts to far exceed human to machine data.

For this to happen, we must first see a serious growth in shipments of connected devices, something that is in fact already starting to happen. According to IDC we are already well on our way to achieving this, with PC, tablet, and smartphone shipments having totaled 60.1 million units in Western Europe alone. To put this into perspective this figure is 8.6 percent higher compared with the same quarter a year ago.

In such a rapidly evolving space, one thing is for certain, the IoT will play a big role in driving the Software-Defined Data Center over the next decade. The increase in connected devices will drive the need for software-defined IT. That is why Software-Defined Data Centers are a good fit because of the speed, scalability and breadth of resources that can be mobilised to match the increased demand. With that many connected devices you never know when you may have a surge in data so that is where scale and availability will be not only crucial but necessary.

Sources of machine-to-machine data will create high capacity needs in storage, organisation that can be utilized for big data analytics. The scale, availability and agility provided by the Software-Defined Data Center will help to ensure greater efficiency so more resources are available in moments of high usage and need. It is this fact that makes the sum of the IoT and the Software-Defined Data Center greater than its parts.